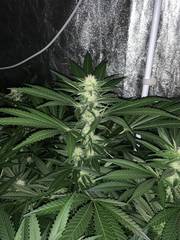 Theres still a lot of misinformation floating around, and while you’re on the right track Justin, lets get the terminology right, so everyone can get on the same page regarding LEDs.   First off, t

I'm not saying it isn't the light but there are other factors that can also lead to airy bud, namely high heat. How's the temps in your grow area?